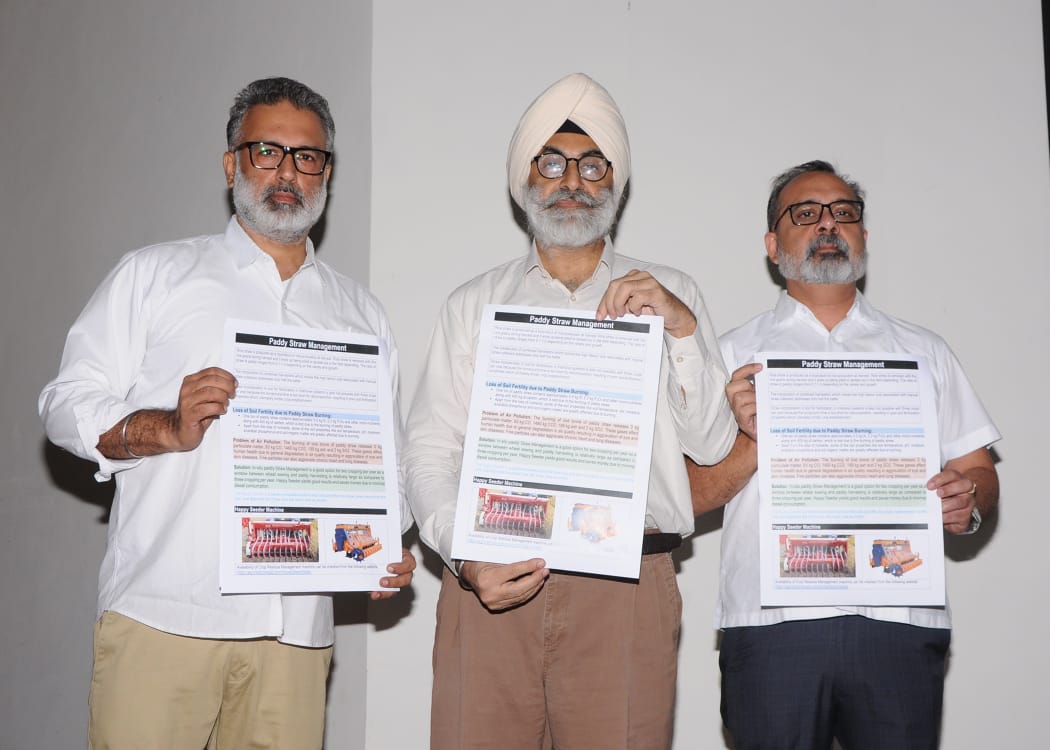 Guru Nanak Dev University (GNDU) started a farmers’ awareness campaign as instructed by the Government of Punjab. Under the patronage of Prof Jaspal Singh Sandhu, Vice-Chancellor GNDU, the awareness program was started on 29 September 2022.

Dean Academic Affairs Prof. Sarabjot Singh Behl inaugurated the lecture series as a part of the campaign to prevent Stubble Burning. This series of lectures will be undertaken to train the students of the National Service Scheme (NSS) and National Cadet Corps (NCC).

Prof. Behl ensured full support to the student teams on the behalf of the Vice-Chancellor in making Punjab a prosperous state.Environmental aspects of stubble burning were deliberated upon by Prof. M S Bhatti and Prof. Rajinder Kaur from Environmental Sciences and Dr Amarinder Singh from Agriculture department discussed the latest crop management practices for paddy straw and shared agriculture practices of Punjab. 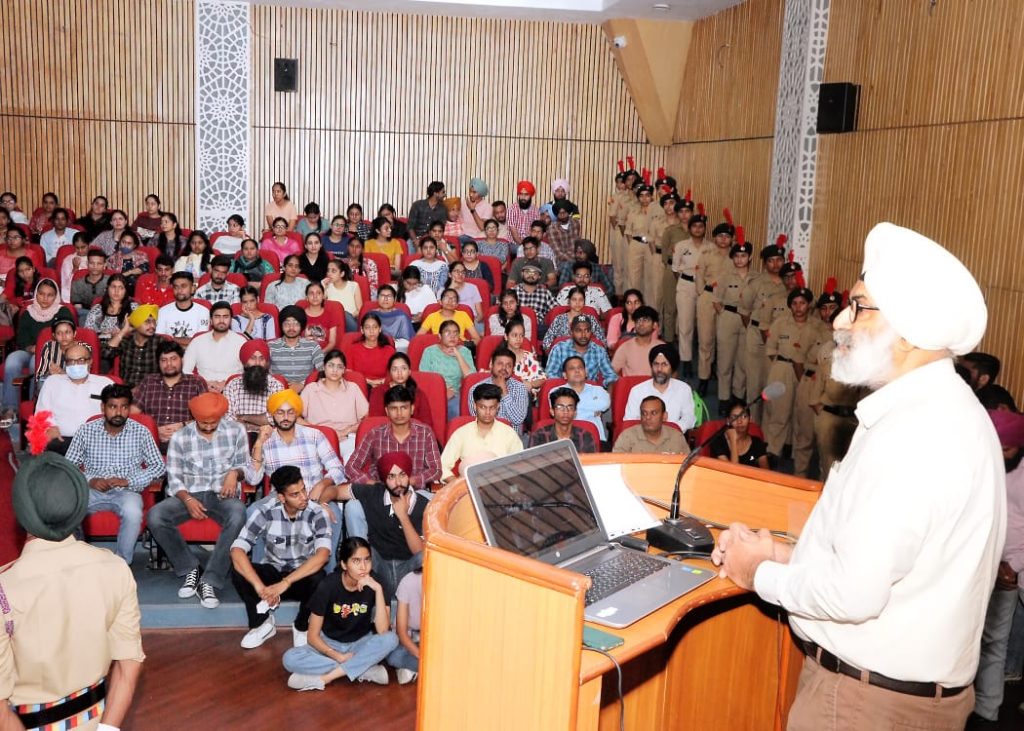 GNDU as a socially responsible institution has strict rules regarding the management of paddy straw, and the use of straw mulching and in-situ management is practised on the university farms. Prof. M S Bhatti informed that currently, Amritsar ranks 426 on Air Quality Index (AQI=51, moderate pollution). In the coming months, when the temperature decreases, air quality worsens due to increased concentration of particulate matter size less than 2.5 microns (PM2.5) to more than 200 micrograms per cubic meter contributed by fossil fuel combustion, transportation load and stubble burning.  PM2.5 is a major health hazard as per the State of Global Air (SoGA) report 2022.

Students were apprised of fire count data due to stubble burning from the NASA website. Average fire counts during paddy seasons are in the range of 60000-70000 fire incidents in Punjab. These fire counts are due to fire radiative power (FRP) which is being sensed by NASA sensors such as MODIS and VIIRS, but these sensors are not able to capture pollution from industries, chimneys or the transportation sector as there is no heat or FRP. As per a rough estimate, a plot of one acre can be sensed by the satellite to report the fire incidence.The incorporation of paddy straw into the soil is a viable option when farmers opt for two crop systems (wheat and rice).

When farmers go for three crops, there is a minimal window as vegetables like potatoes or peas are planted in between paddy harvesting and wheat sowing. Under these circumstances, farmers have no choice. It was informed that burning if done during September month is not serious due to dry stubble, but during November, fall in morning temperature, paddy becomes wet and creates a lot of air pollution. Furthermore, the coinciding of the Diwali festival with stubble burning creates a serious health hazard, especially for infants and older populations or people with some disability. 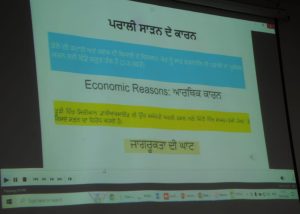 Prof. Jaspal Singh Sandhu, VC GNDU shared his vision that real work is done by the students of the university to suggest alternatives to burning. Youth is the backbone of the university and it’s in their hands to make Punjab a prosperous state.

Prof. Anish Kumar Dua, Dean of Students Welfare apprised the audience of the untiring efforts of Prof. Sandhu in taking this university to high national and international standards. A documentary on Stubble burning prepared by Dr Rajbir Bhatti from Pharmaceutical Sciences was released along with handout material for use by the students to persuade farmers not to burn the paddy residue. Prof Hardeep Singh, Officer on Special Duty (Vice-Chancellor Office) gave the concluding speech by thanking Punjab Government for this noble cause and special thanks to  Cabinet Minister of Agriculture & Farmer Welfare,  Kuldeep Singh Dhaliwal and  Cabinet Minister of Higher Education, Gurmeet Singh Meet Hayer.