The Punjab Council of Ministers on Monday authorised the Chief Minister to take further course of action on the issue of amendments to the state’s Excise Policy in the light of the impact of Covid-19 and the prolonged lockdown on the liquor business.

At a Cabinet meeting to discuss the issue, there was consensus among all ministers that it should be left to Chief Minister Captain Amarinder Singh to take any decision he deems fit to thrash out the concerns of the liquor licensees, in the best interest of the state. 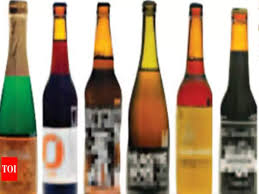 The issue of home delivery of liquor was also discussed but, amid apprehensions expressed by some ministers on allowing doorstep delivery, no final decision was taken in the matter. The Chief Minister is likely to decide on the issue in the next couple of days.

CM to decide on Excise policy; CM takes note of minister’s complaint against CS.Raising the issue at the Cabinet meet, Manpreet Badal and Charanjit Singh Channi expressed unhappiness over the conduct of the Chief Secretary, which they described as totally incorrect and unacceptable. The Chief Minister said he was cognisant of their concern and said that he would look into the matter after which the aggrieved ministers left it to the former.