Finally the Congress got candidate for Patiala (Urban)

After hectic exercise, finally the congress has got a candidate who will fight upcoming assembly elections from Patiala (Urban) against former chief minister of Punjab and heavyweight leader Capt Amarinder Singh. 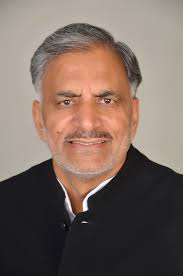 The congress has given ticket to its newly inducted ,a turncoat leader Vishnu sharma to contest from Patiala. He remained a close associate of Capt Amarinder Singh, when he was in congress. He was the first congress mayor in Patiala from 2002-2007

He will file his nomination on February 1,2022.