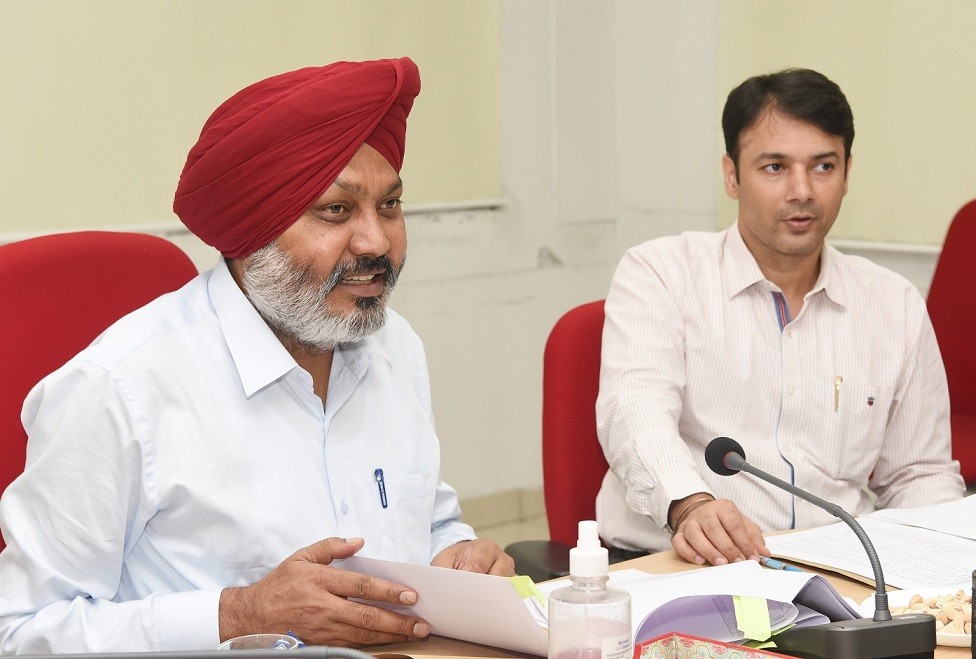 Congratulating the Excise department for averting a major tragedy by seizing 2000 liters of illicit Extra Neutral Alcohol (ENA), the Finance, Planning, Excise and Taxation Minister Advocate Harpal Singh Cheema on Tuesday directed the department to launch a statewide drive to stop the trade  of illicit  ENA.

Chairing a review meeting of the Excise Department, Harpal Singh Cheema directed the department to further strengthen the enforcement drive against illicit liquor trade especially of ENA which causes loss to state exchequer besides the potential disastrous impact on human health. “Also sensitize the methanol dealers in coordination with district administration to ensure that there is no illegal pilferage or unauthorised sale of methyl alcohol which can lead to hooch tragedies”, said Cheema.

Meanwhile, the minister was apprised during the meeting that in the month of July Excise department has seized 15131 bottles of Punjab Medium Liquor (PML), 7917 bottles of Indian Made Foreign Liquor (IMFL), 2596 bottles of beer, 3795 bottles of Ready to Drink (RTD) liquor, 724694 liters of Lahan, 5895 litres of illicit liquor, 784 working stills during 2700 raids and 2998 Nakas (blockades) for which 320 persons stand arrested and 414 FIRs have been registered. The conviction rate for the month of July stands at 81.72 percent.

The Finance Minister also reviewed the status of reconciliation of revenue figures of the Excise department for the financial years 2019-20, 2020-21 and 2021-22 with the Treasury. He directed the department to ensure the real time cross verification of the revenue figures with the Treasury so as to check out any fraud or fake revenue receipt in time. He also directed the department to submit a report on the comparison of revenue collection during the July and August months this year as compared to the previous year by September 5.