On a call given  by Punjab State Medical and Dental Teachers Association (PSMDTA), more than 200 medical and dental teachers and resident doctors of Government Medical and Dental College in Patiala and the attached Rajindra and TB Hospitals today proceeded on mass casual leave in protest against failure of the state government for delay in taking decision for rectification in the Sixth Pay Commission report leading to  drastic cut in their salary due to reduction in NPA and delinking it from the basic pay for calculation of all other allowances as earlier.

The faculty members also sat on protest for more than three hours outside the office of the Director Principal of medical college and raised slogans against the Punjab Government and the pay commission. The OPD services and elective surgeries in Rajindra Hospital remained totally paralyzed for the whole day along with boycott of all administrative duties and class room teaching of undergraduate and postgraduate teaching of the medical students by the faculty. 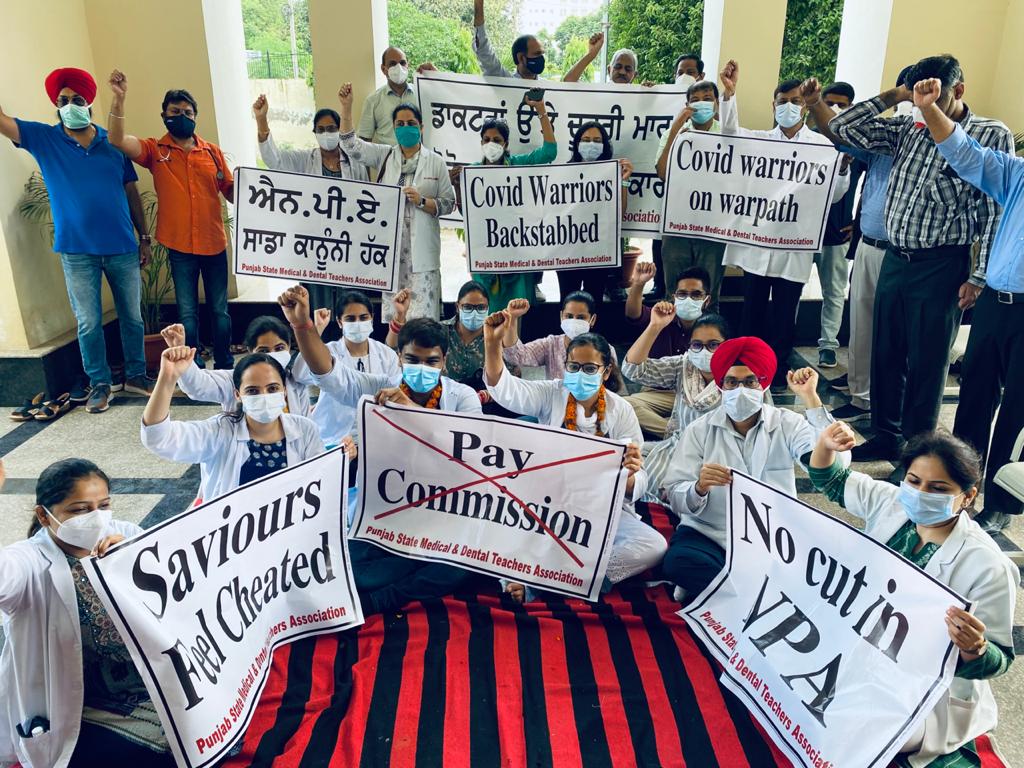 According to Dr. DS Bhullar, State General Secretary of PSMDTA the state wide protest of medical and dental teachers along with all other government doctors will continue till our demands are not accepted in total which include restoration of NPA to 25 percent and linking it with basic pay as earlier with Dearness and House Rent allowances made applicable to the basic pay and NPA.

Medical services going to collapse in Punjab; doctors proceed on mass casual leave. Meanwhile, Dr. DC Sharma, former state chemical examiner Punjab and retired PCMS officer while addressing the faculty members, allegedly blamed the mischievous elements in the state bureaucracy for misguiding the state government on NPA to the state government doctors and stressed to immediately restore the previous status of this special financial benefit being given to them for arduous nature of their duties.  State Acting President Dr. Vijay Bodal and General Secretary of Patiala unit Dr. Darshanjit Singh Walia, also addressed the protesting doctors.