Once again ED in action mode in Punjab; made late night arrest

Once again ED in action mode in Punjab; made late night arrest

The ED arrested Honey under the provisions of the Prevention of Money Laundering Act (PMLA) Thursday night.

Honey is the son of Channi’s sister-in-law. On January 18, the agency had raided his premises and claimed to have seized about Rs 8 crore in cash. 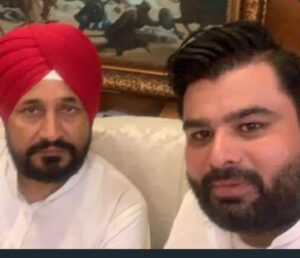 Reports said that the ED had also conducted raids in Mohali and Ludhiana in connection with illegal mining.

Earlier, Punjab Governor Banwari Lal Purohit had ordered the DGP to conduct a high-level inquiry into the allegations of illegal sand mining against CM Channi.

The Punjab CM earlier alleged that a recent raid at his relative Bhupinder Singh Honey’s house indicated that it was a ‘revenge’ for the security breach during Prime Minister Narendra Modi’s visit to Ferozepur in Punjab.

The ED’s money laundering case is based on a First Information Report registered by the Punjab police on March 7, 2018, alleging illegal sand mining in six quarries located in the Shaheed Bhagat Singh Nagar district. The police had invoked various provisions of the Indian Penal Code and the Mines and Minerals (Regulation and Development) Act against the accused persons.

Earlier the ED had arrested congress candidate from Bolath Sukhpal Singh Khaira in Prevention of Money Laundering Act (PMLA), but few days ago he got bail.