HomePunjabPRTC to be rich by Rs 5 crore annually
Punjab

PRTC to be rich by Rs 5 crore annually 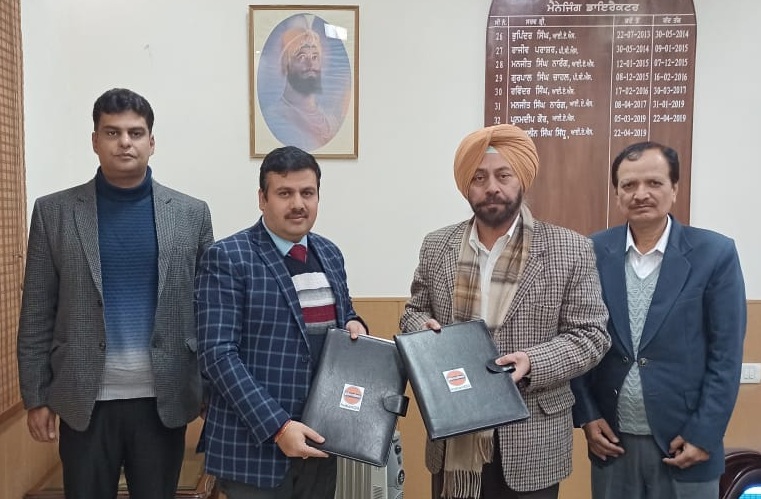 PRTC to be rich by Rs 5 crore annually

The Pepsu Road Transport Corporation (PRTC) is likely to save at least Rs 5 crore annually on diesel expenditures, following the fresh rebates on diesel prices by the Indian Oil Corporation (IOC).

As per the fresh rebates, Indian Oil Corporation will supply diesel at cheaper rates to Pepsu road transport corporation (PRTC). The IOC has given exemption of Rs 1.98 per litre less than the market price. The PRTC’s daily consumption of diesel is estimated at 85,000-litre. Last year, the PRTC got a rebate of Rs 1.55 per litre.

Gurluvleen Singh Sidhu said that being a bulk purchaser of diesel, PRTC has approached the Indian Oil for rebate in diesel prices.

“As per a memorandum of understanding (MoU), the PRTC has struck a deal with the IOC for five years (from November,8,2019 till November 30, 2024), for a rebate of Rs 1.98 per litre less over procurement of diesel in bulk,” Sidhu said.

Meanwhile, PRTC chairman KK Sharma said the fresh rebate will boost the financial condition of the corporation and would help to bring down the gap between its income and expenses.

It may be mentioned that IOC and PRTC also struck deal related to rebate on diesel prices last year for five years till 2023, but due to fluctuation in prices of diesel in past one year made the corporation to again approach IOC for fresh rebate.

PRTC is presently running its full fleet of around 1100 buses under its nine depots – Budhlada, Barnala, Bathinda, Chandigarh, Faridkot, Kapurthala,Ludhiana,Patiala, and Sangrur.