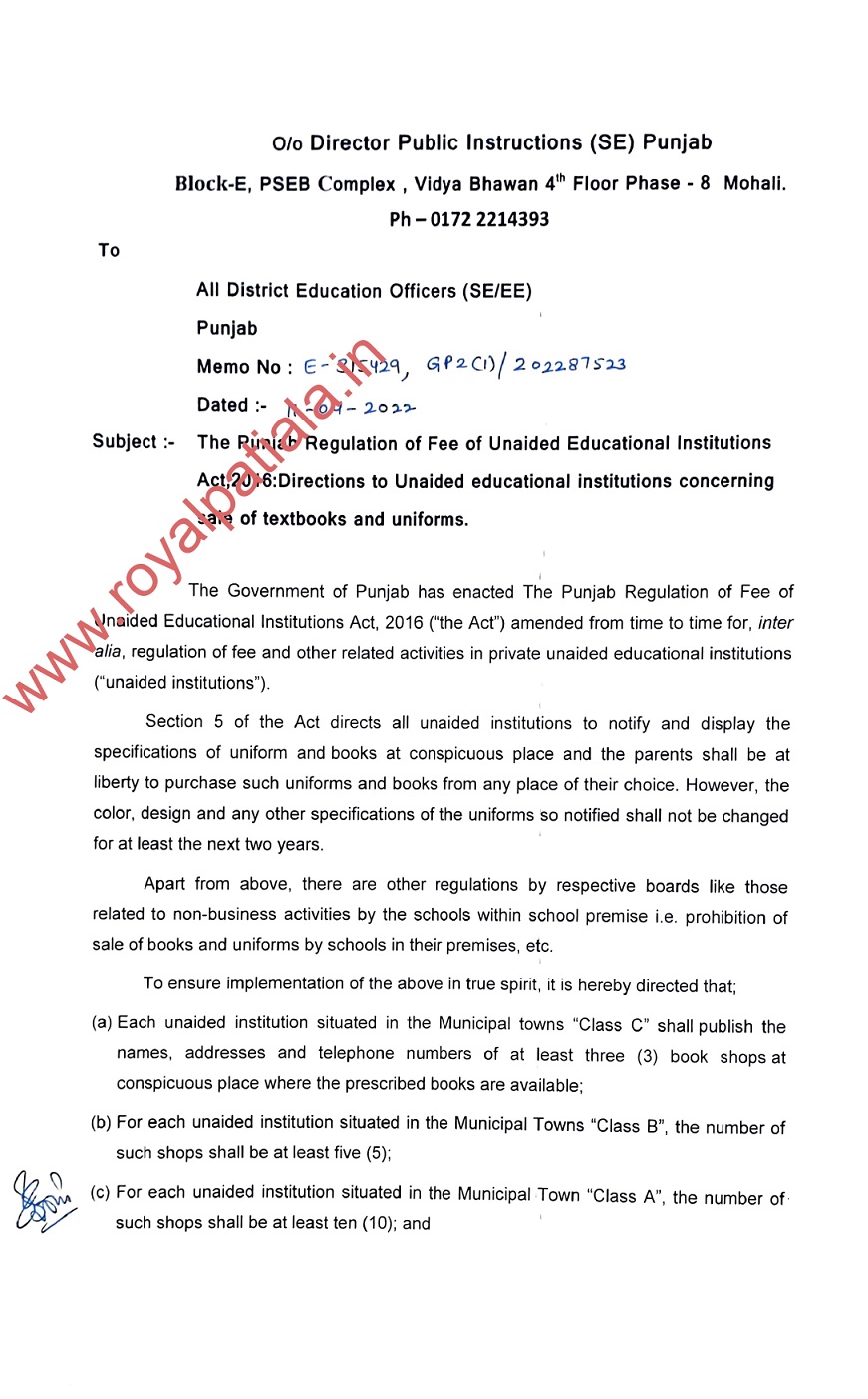 On the directions of Punjab Chief Minister Bhagwant Mann, State Education Department on Tuesday ordered the private schools to immediately display the list of minimum three books/uniform shops in towns and 20 in cities to be shared with the District Education Officers (DEOs).

Chairing a meeting to review the position in this regard, the Education Minister Gurmeet Singh Meet Hayer directed the DEOs to form inspection teams for ensuring strict compliance of these orders. These teams shall verify the list of shops by conducting random inspections and any violations found would be strictly dealt with, revealed the Minister while personally monitoring the complaints.

The Minister further ordered the District Regulatory Bodies headed by the Deputy Commissioners to pro-actively act on complaints against private schools.

The Minister further said that it has been brought to his notice despite strict instructions from the Chief Minister; still few private schools were grossly violating these orders. He said that such defaulter schools would soon face stern action for flouting these directions and asked them to comply with these orders in the letter and spirit.