In a major setback to Bhagwant Mann, Punjab Governor Banwari Lal Purohit has issue a withdrawal order given by him to convene a Special Session to move ‘Confidence Motion’ only, in favour of the State Government on September 22,2022.

In a message to the secretary Punjab Vidhan Sabha, by J. M. Balámurugan, Principal Secretary to Governor of Punjab said “In the light of the above legal opinion, which establishes that there is no legal provision under Punjab Vidhan Sabha Rules of Procedure and Conduct of Business that provides for convening a Special Session for Motion of Confidence only, Hon’ble Governor Punjab has withdrawn his Order dated 20h September, 2022 regarding summoning of the State Assembly on 22 September, 2022.”

On this issue, Rajya Sabha MP Raghav Chadha tweeted “Hon’ble Governor’s withdrawal order raises a serious question mark on his intent. It is beyond any reasonable understanding as to why there should be any objection to a government’s decision to face the Assembly? This order further proves the sinister design of Operation Lotus.” 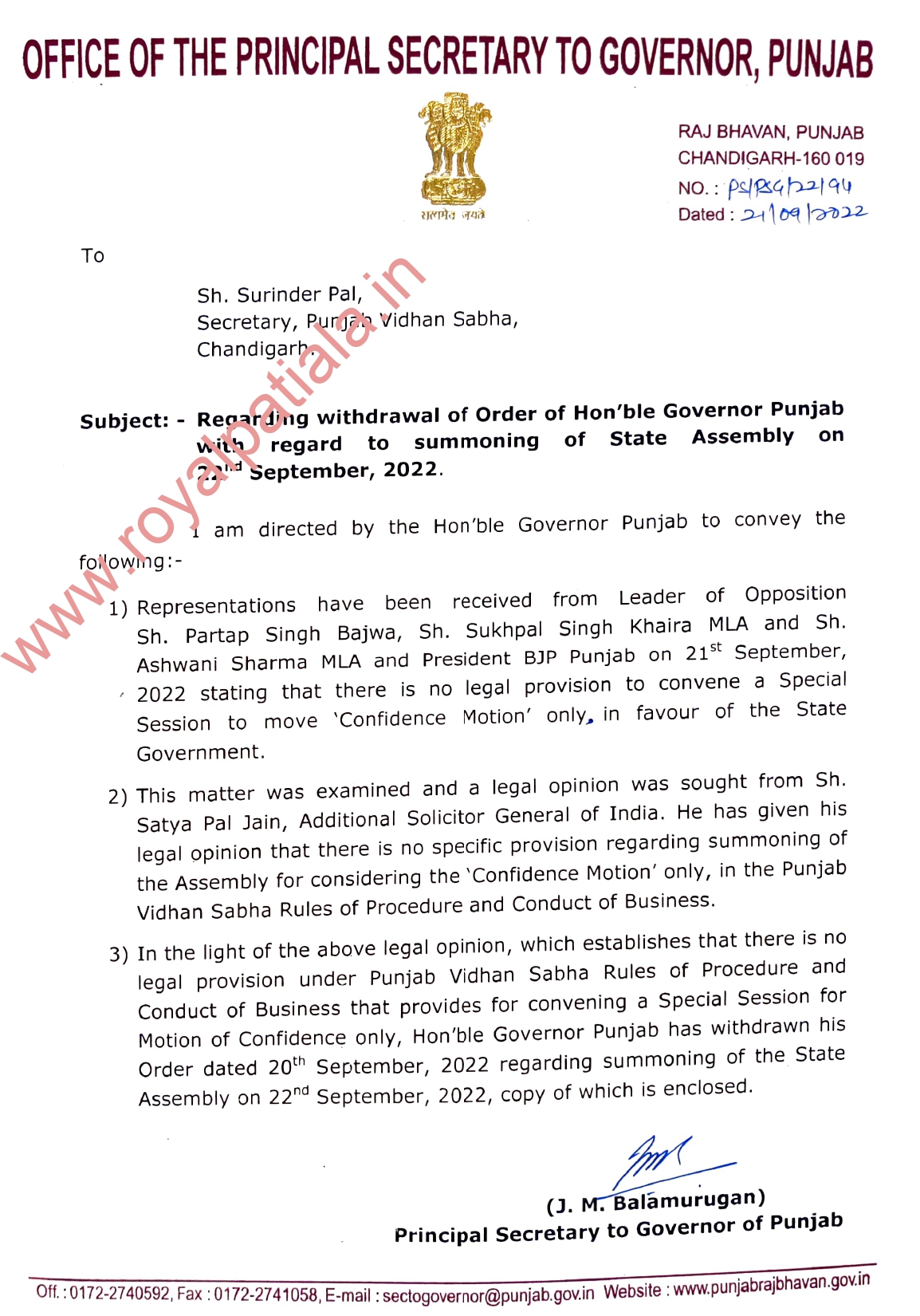