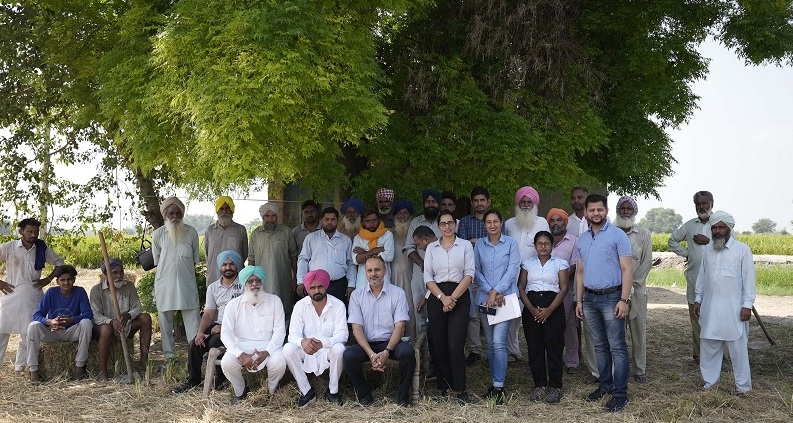 Every year, people living in Delhi-NCR and the surrounding regions face deadly winter air pollution, a phenomenon in which toxic clouds of smog engulf this region during the onset of winters. There are many factors that contribute to the resulting pollution. One of them is stubble burning which contributes to nearly 30% of the pollution in Delhi. Farmers of neighboring states like Punjab, Haryana and Uttar Pradesh burn stubble during winters after paddy harvesting which is attributed as one of the major factors for the existence and amplification of air pollution in the region.

Experts, from various walks of life, pour in their suggestions to deal with the crisis at hand. Media columns are also filled with several articles on the issue at hand. Think tanks and research organizations churn out reports signaling the relevant authorities to undertake effective measures immediately.

Yet, every year, the state seems helpless and weak in front of the farmers who end up resorting to stubble burning. Ironically, the reason farmers suggest they do so, is because they feel helpless in the wake of pressure of sowing the new rabi crop in time.

To stop stubble burning, the government aided by some NGOs and institutes are readily involved to create awareness among farmers and they are providing equipment and resources.

Trident Foundation, a not-for-profit organization under the aegis of the Trident Group has initiated special initiatives in villages of Dhaula, Fatehgarh Channa, Sanghera, Barnala, Kanheke, Sekha and Handiaya, in Barnala  district of Punjab so as to make these areas free from the practice of stubble burning.

Under the initiative undertaken by The Trident Foundation, titled “Parali Samadhan”, the foundation is providing the farmers with a viable alternative to the burning of Paddy residue, also known as parali, which is burnt each year causing air pollution.

Trident Foundation teams up with farmers in Punjab to stop stubble burning. Trident Foundation, has equipped the farmers with machinery that has disposed of Parali on a total area of 2000 acres in villages of Dhaula, Fatehgarh Channa, Sanghera, Barnala, Kanheke, Sekha and Handiaya, while the total weight of Parali that has been lifted is 6000 Tonnes. The complete cost to clear the fields will also be borne by Trident Foundation. 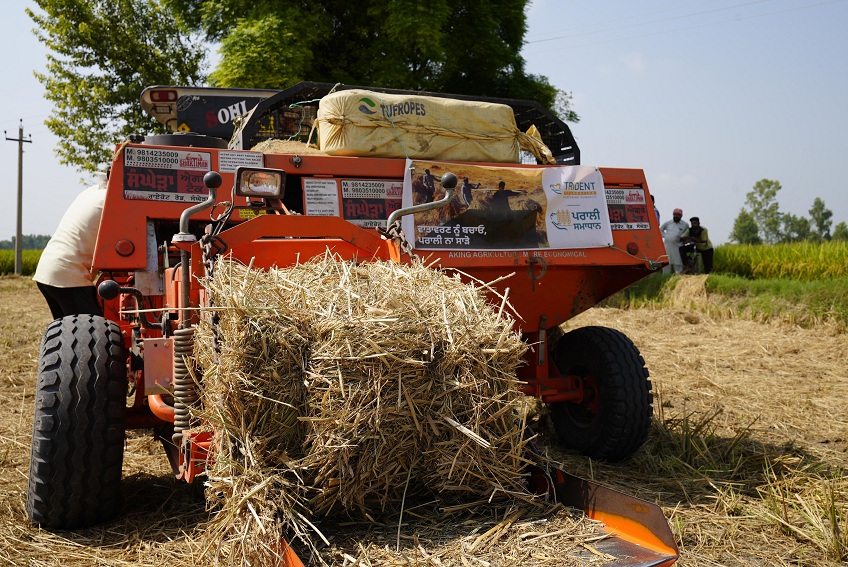 The machines provided to farmers include Reaper/Mulcher which cut the remaining part of the plant (stubble) to zero level. Maker machine makes heaped lanes of the spread stubble and Baler Machine which collects stubble from lanes and makes square or round bales for manual loading. All this machinery is made available to the farmers at no cost by the Trident Foundation.

While sharing the details about this Initiative “Parali Samadhan” Trident Foundation Spokesperson said that “In our commitment to ensure that man and nature can thrive and coexist, the Trident Foundation has been doing its bit consistently in the past and will continue doing so in the coming future as well.

Trident Foundation also plans to organize a number of training events for farmers to learn about scientific aspects of improved straw management practices.

Trident Foundation is a not-for-profit organisation under the aegis of the Trident Group, a USD 3 billion conglomerate with operations in textiles, paper, yarn, chemicals and energy. The foundation runs its intervention programs in the following domains –healthcare, education, women’s health & hygiene, diversity &amp; inclusion and employable skills development. Trident Foundation is ably led by Madhu Gupta, having wide knowledge and expertise in the field of philanthropic ventures.