BJP national executive  member Harjit Singh Grewal has said that former forest minister Sadhu Singh Dharamsot was arrested by the Punjab vigilance bureau to divert the attention of the people of the state.

While talking to media persons at Rupnagar Grewal said that  if the Punjab’s AAP government really wanted to eradicate corruption it should not resort to pick and chose and take action against all the corrupt  people in one go.

He accused the Punjab government of making the arrests in corruption cases an event management to build its image.

Grewal said he did not mean  to say that Sadhu Singh Dhramsot was innocent  and  he was of the opinion that if former chief minister Capt Amarinder Singh had given the statement that five of his ministers were involved in corruption and he(Capt Amarinder Singh) was not allowed to take action against these ministers by  Congress president then a case should be registered in this regard and role of Sonia Gandhi should be enquire3d into and Capt Amarinder Singh should be  questioned and these  former ministers should be put in jails ,if they were guilty.

In reply to a question  he said that party had taken action  against its spokesperson Nupur Shrama and Dellhi leader Naveen Jindal for  their controversial  statements on Prophet Mohammad.as BJP respects all the religions and faiths.

He said that government could  not register any case in this regard on its own and someone have to file a complaint.

AAP govt making arrests in corruption cases an event management-Harjit Grewal. BJP leader evaded reply to a question regarding statement of the Akal Takht Jathedar Giani Harpreet Singh in which he had called upon the  sikhs to get state of the art  weapons training.

He asserted that there would be contest between AAP and BJP candidates only in the by- election to the Sangrur Lok Sabha constituency.

Grewal also highlighted the achievements of the Narendra Modi government at centre during last eight years of its rule. 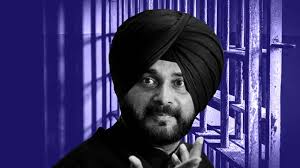