DSP got in trouble for appeasing his political masters; invited wrath of his seniors

In an unprecedented move by a gazetted police officer, became a talk of the town and in political circles too.

Today, an aggrieved, harassed senior citizen of Sanour area in Patiala district planned a press conference at the premises of Patiala Media Club, to highlight his grievances, police inaction and pressure tactics used by a politician henchman of his area (sanour)  and trying to encroach his 22 acres of agriculture land.

As per the given time, members of Patiala media club start reaching the club. But to their utter surprise DSP (rural) Ajaypal Singh also reached the press club, uninvited. When the executive member asked his motive to come at Patiala media club “ he said i will not allow the press to hold this press conference”. Members respectfully asked him to sit in the hall, offered tea, snacks.

In the mean time they brought the matter into the notice of a ruling party leader of sanour area, in whose area the said DSP is posted, to the district authorities. Patiala media club members strongly objected the presence of DSP , before the start of the press conference, with the politician and the district authorities.After this, sensing a problem, DSP immediately left the Patiala media club premises.Members sitting in the same room, where the DSP was sitting said “a phone came and the DSP immediately moved outside and left in his official vehicle” 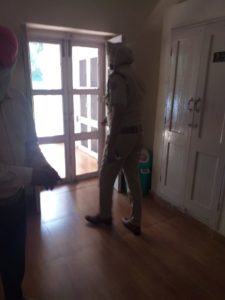 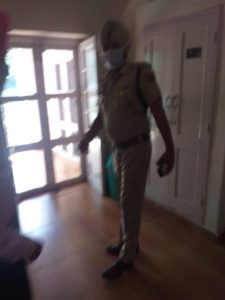 Few hour later SSP Patiala sought an explanation and marked an enquiry to a senior officer against the erring DSP.

Media under threat in @capt_amarinder homecity. Raising voice against this corrupt government has become a crime. Media is the fourth pillar of our democracy. I highly condemn such act of Police operating on orders of corrupt leaders. @PunjabPoliceInd look into the matter. pic.twitter.com/xY6bz2IuNq

SAD strongly condemned an incident in Patiala Media club where a DSP tried to intimidate a senior citizens from holding press conference. This action of the police is deplorable, uncalled for & amounts to interfering in the freedom of press. @DGPPunjabPolice @CMOPb

@HarpalCheemaMLA Sir, the issue is already taken up by @patialapolice and enquiry has been marked to a senior officer.