For the first time Haryana is participating in the ongoing International Film Festival of India (IFFI) in Goa.  While the highlight of the festival is that People associated with the film industry are keenly taking information about the Haryana Film Policy.

Sharing more information in this regard, an official spokesman said this is the first time that the State has participated in the five-day film festival organized under the aegis of the National Film Development Corporation under the Ministry of Information and Broadcasting.

He said that on behalf of the State, Neeraj Kumar, Deputy Directors Information, Public Relations and Languages Department and Dr. SR Godara under the under the guidance of Yashendra Singh, Director of Arts and Cultural Affairs Department are participating in the Film Festival.

He said that the officers representing Haryana in the film festival interacted with the film maker Madhur Bhandarkar and shared the information about the State film policy with him. They also invited him to shoot films in the State.

Notably the State Government has implemented a film policy in Haryana and as per the film policy if a filmmaker makes a film on the background of Haryana or takes actors from Haryana in the film or employs them as other technical staff, then the filmmaker will be getting an incentive.  With this an online central portal has been launched by the State Government for getting the online approval for the shooting of films in the State.

Meanwhile, in the film Bazaar organized by the National Film Development Corporation (NFDC) , major states across the country are participating to promote the film policy of their State, as well as to inform the filmmakers about the facilities provided by their State. 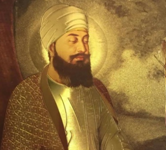 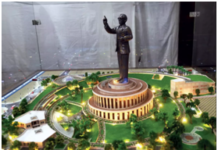