HomePunjabOut of 546 promises we made during 2017 elections, we fulfilled 455...
Punjab 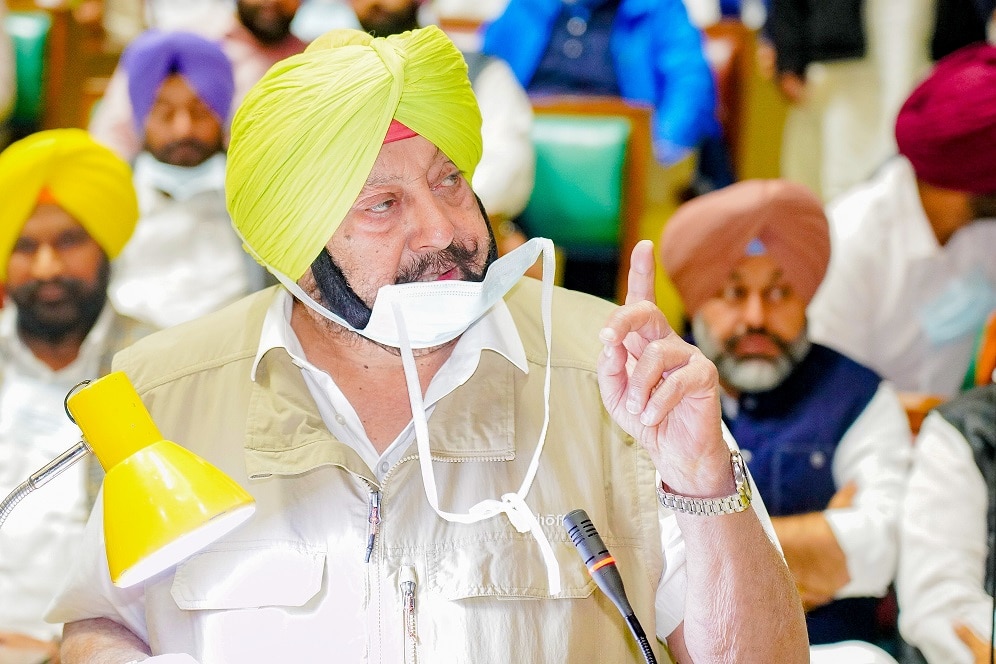 Promising all-out efforts to meet their aspirations, Chief Minister Captain Amarinder Singh on Friday expressed the confidence that the people of the state will not be carried away by the “false promises and euphoric claims of some leaders who are completely detached from Punjab and Punjabiyat,” but would continue to repose confidence in his transparent, and responsive government.

Declaring that his was a “people’s government” which shall continue to be so for a ‘Kaamyab and Khushal Punjab’, the Chief Minister assured the people that his government would not let them down under any circumstances.

“We have noted every genuine concern expressed by the Members of this house, and would make every possible effort to meet aspirations of the people of Punjab,” he said. However, “this would need some more time, and I am sure that the people of Punjab are conscious of this,” he added, in his concluding remarks during his speech in response to the discussion on the Motion of Thanks to the Governor’s address in the Vidhan Sabha.

In his over two hour long speech, Captain Amarinder thanked the people of Punjab for showing faith in his government, as manifest in the sweeping mandate for the Congress in the recently concluded municipal election, with the party getting majority in 86 Municipalities out of 117 Municipalities, and winning in 1410 wards out of 2206 wards where elections were held. He assured the people that he, along with his team of Ministers and MLAs, would never let them down in meeting their aspirations in future as well.

He pointed out that of the 546 commitments/promises made to the people of Punjab in the manifest during the 2017 elections, his government had fulfilled 455, translating into success rate of 84.6% – a feat never achieved before by any political party. He assured the House that the remaining promises of his Government will also be fulfilled in the time left at its disposal. 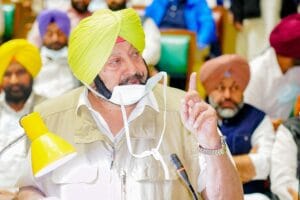 Underlining his government’s commitment to continued welfare of the people of the state, the Chief Minister assured them, through the august House, that:

❖    We would fully protect the Zarr and Zameen of the State at any cost;

❖    We would ensure peaceful co-existence (Shantmayee Samaj) for all in the State;

❖    We would save lives and livelihood (Jaan and Jahan) of all Punjabis against all odds or situations that may be thrust upon us;

❖    We would reach out to every needy person (Zarrorat Mand) to alleviate his economic miseries, and provide them their due benefits under the socio-economic programmes of the government;

❖    We would empower youths (Sashakt Naujawan) of the State by enabling them to stand on their own feet;

❖    We would ensure adequate food, and shelter at affordable prices (Sasti Roti and Pakki Chhat) for all deserving populations of the State; and

❖    We would develop every village, and town of the State in a manner that everybody gets an equal opportunity to live a quality life in the State.

Summing up the outcomes of his government’s pro-poor policies and programmes, he reiterated the benefits delivered to farmers, domestic and industrial consumers as a result of free/subsidized power, as well as debt relief to farmers and farm workers. He further spoke about free health insurance to 38 lakh families (nearly 68 % of the State’s population), social security pensions to over 25 lakh old aged, widows and disabled persons, subsidized rations to 1.55 crore persons including  9 lakh persons funded by the State, coverage of about 7.5 lakh women headed households and 7 lakh persons with disabilities.

In addition, 1.74 lakh youth had benefitted as a result of the Free Smartphones scheme, said the Chief Minister, adding that, contextual and locally relevant infrastructure is being developed in almost all villages and towns of the State.