Amid declining Covid cases and deaths, Punjab Chief Minister Captain Amarinder Singh on Thursday ordered a slew of relaxations, including lifting of night curfew and end to Sunday lockdown, while directing the DGP to strictly enforce wearing of masks and other safety norms.

Among the relaxations announced by the Chief Minister are increasing the limit for marriage functions and funerals to 100 in the state, in line with the Government of India guidelines, as well as easing the limit of three persons in a car and 50% capacity in buses, subject to the condition of windows being open.

Captain Amarinder Singh, however, has directed DGP Dinkar Gupta to ensure strict adherence to Covid protocols, with immediate action against those violating the mandatory masks condition. There should be no laxity, especially in view of the ongoing Paddy procurement operations and the forthcoming festival season, he said.

On the issue of reopening of schools and educational institutions, which the Centre had left to the states to decide post October 15 under Unlock 5.0, the final decision will be announced after due deliberations between the Home Secretary and the Education Department.

During a virtual meeting to review the Covid situation in the state, the Chief Minister took note of the decline in the rising cases/deaths trend and said the restrictions imposed earlier by the state government had helped. However, he expressed concern over the increase in cases in rural areas, even though numbers in cities/towns were going down.

In a brief presentation earlier, the state’s expert health committee head, Dr KK Talwar, said the positivity rate in the state had come down from 10.85% on September 14 to 5.12% on September 28. The number of deaths and patients on ventilators had also shown a decline during this period, he said. The state’s Covid death rate currently stands at 2.9%, with deaths per million at 112.5%. The recovery rate has gone up to 82.1%.

Health Minister Balbir Sidhu underlined the need for motivation of doctors and other medical staff to keep the situation under control.

Health Secretary Hussan Lal shared details of the current situation in government and private hospitals etc, while Dr D.K. Tiwari, Secretary Medical Education & Research disclosed that 54 Covid patients had been given plasma donation at the three GMCs so far. 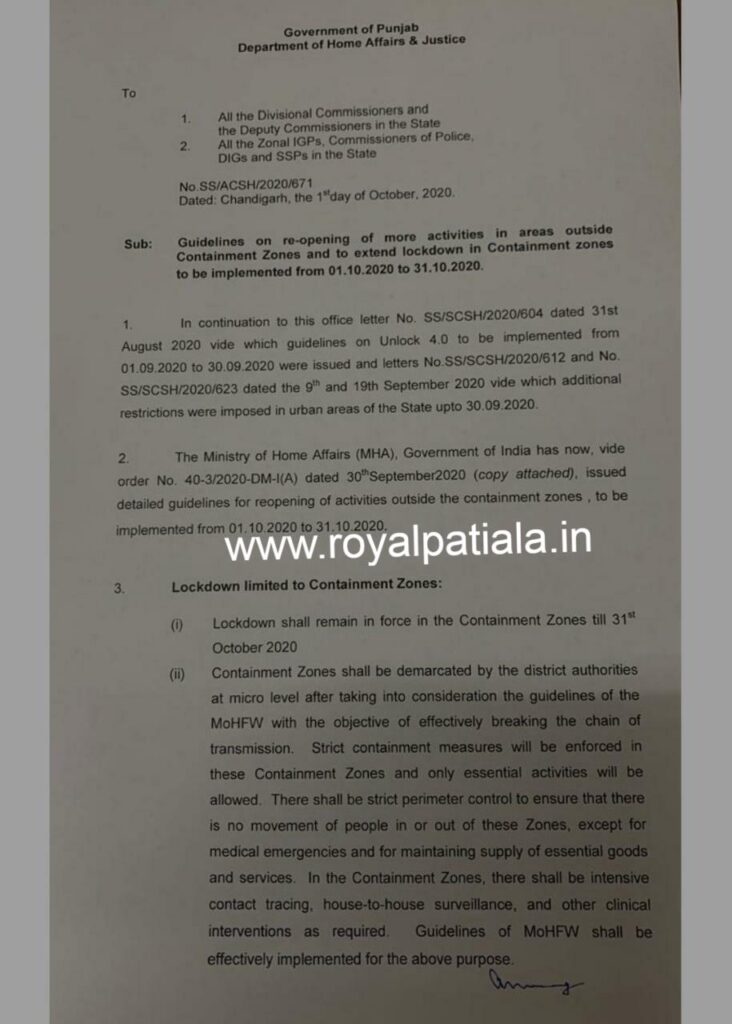