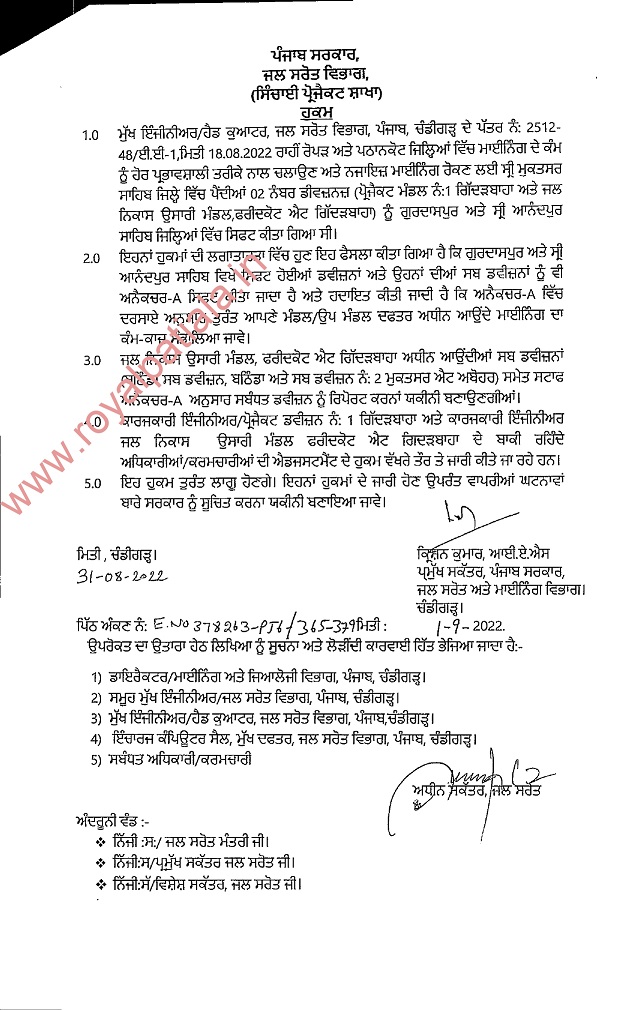 To control the illegal mining in the state and to do mining effectively in an authorized, legal way, Punjab water resources department has made two new divisions Pathankot and Sri Anandpur sahib  by closing Project No. 1 Giddarbaha  and Water Canal Construction Division, Faridkot at Giddarbaha.

As per available information, major mining is being done in Amritsar Pathankot, Gurdaspur, Sri Anandpur Sahib, Ropar, Mohali area where these two new divisions are created.

“The water resources department has limited manpower to check the illegal mining .Moreover the staff at Project No. 1 Giddarbaha and Water Canal Construction Division, Faridkot at Giddarbaha does not have sufficient work. Many years ago,these divisions were created to check the problem of water logging in Muktsar Sahib and surrounding areas. Now, the water logging problem has been resolved and the department is going to use the services of these officers in better way” said an officer on the condition of anonymity.

With the creation of two new divisions-Pathankot and Sri Anandpur Sahib, some new sub divisions were also created under these divisions to oversees the mining and other water resources department work more efficiently.

The seriousness of the state govt to curb the illegal mining can be gauged from the Cabinet Minister Harjot Singh Bains statement given few days ago that , “We have not only taken action against those involved in illegal mining, but action has also been taken against the erroneous officials of the department. And, five officials and employees have been suspended while charge sheet and show-cause notices have been issued to 21 officials.” 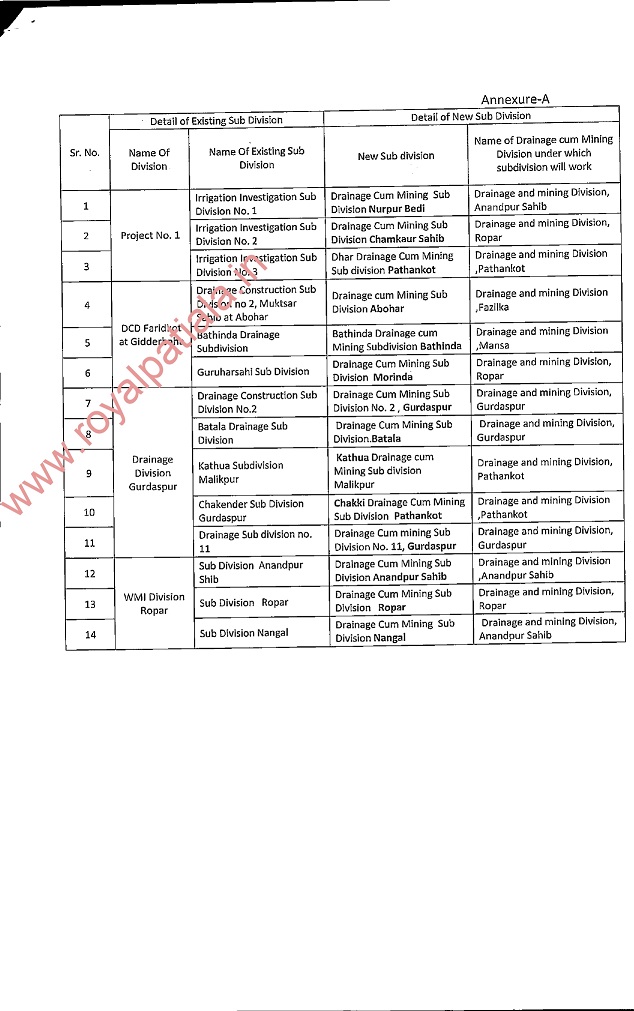