Sensing a retrograde move by the state Finance Department on NPA issue of PCMS doctors, the faculty of medical and dental colleges under Punjab Government has decided to oppose tooth and nail any such move by the Government resulting in disturbance to the financial emoluments being given to them including non-practice allowance.

In a joint press release, Dr HS Sohal President and Dr DS Bhullar General Secretary of Punjab State Medical & Dental Teachers Association have said it is not for the first time that the issue of non-practice allowance has cropped up in the state Finance Department due to mischief by some vested elements that are misguiding the government as the       non-practicing allowance (NPA) is a misnomer and not actually an allowance which is being given to the government doctors in all other states and the Central Government including Armed Forces on some specific grounds.

Apart from medical dental teachers and PCMS doctors, the medical professionals working in other government departments including veterinary doctors, homeopaths and Ayurvedic practitioners, are also being given NPA and any arbitrary withdrawal of this financial benefit will amount to discrimination against the Punjab Government doctors and will lead to discontentment and mass agitations.

The basic medical course is of a very long duration leading to a very late entry into Government service compared to other services resulting in a shorter effective service and lesser prospects of promotions during the service. Secondly the arduous nature of duties and conditions of work of government doctors involve certain uncommon deprivations and they have to often work at odd hours beyond the prescribed working hours and attend to urgent and emergency cases often at the risk of their own lives while treating potentially risky patients suffering from contagious diseases like HIV, Hepatitis, Swine flu etc.

As per the Sixth Central Pay Commission recommendations, earlier doctors in Government service were allowed the privilege and discretion of private practice or       non-practicing allowance in lieu thereof. At such time, the emoluments of Doctors were deliberately kept low with the presumption that they will make good the loss by private practice but once this practice was stopped by compensating the salary with NPA; it is now completely part of the pay for all intents and calculation of allowances including dearness and house rent allowance. The state Government cannot ignore the interest of a large number of doctors at the cost of a few who are involved unethically in private practice and are required to be checked in public interest.

The government doctors are in actual getting much lesser salary due to sealing on their pay and with heavy load of income tax in contrast to other government officers who are receiving a number of other luxurious and utility perks including government vehicles and telephones, arbitrary free servants and many other facilities.

The association has urged the Chief Minister Amrinder Singh and Minister of Medical Education & Research Brahm Mohindra to intervene personally to stop such harassment of the government doctors for smooth functioning in medical and dental colleges. 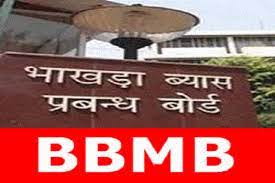 Both posts of whole time members in BBMB are vacant in... Power engineers and employees to hold rally in Delhi ... Upcoming total Eclipse of the Moon; phases of Eclipse visible from...