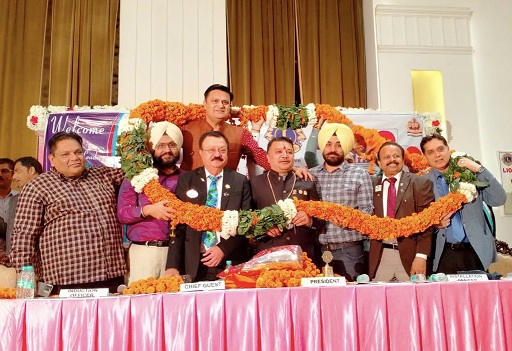 On this occasion, President of Punjab Youth Congress Barinder Singh Dhillon attended the function as a special guest.

Sanjay Verma Belewale said that social service work will be continued by Lions Club. Maximum work will be done in the city for cleanliness drive, medical and blood donation camps and other social works.